The Evolution Of Lifts At Snow Valley

How We Got Here

As you walk around Snow Valley, you can find guests lining up at four different lifts around the hill, heading on up before shredding down the slopes. Snow Valley currently has the quad chair, the triple chair, and 2 carpet lifts, but that wasn’t always the case.

When Snow Valley opened in 1953 as an official ski club, we used a rope tow that you could hold onto and it would pull you up the hill. The rope tow was designed to make sure the rope did not become wet and frozen from dragging on the ground (which was a common issue with rope tows). The rope tow was powered by a Mercury V8 engine.

Three years later, in 1956, the land at the top of the hill where the rope tow ended was sold for real estate and the original tow had to be relocated. Instead of moving the rope completely, we shortened the rope to 400 ft and added a second rope tow to the south, making it easier to access the south terrain.

It wasn’t until 28 years later, in 1981, that Snow Valley installed our first T-bar lift. It ran alongside the south rope tow. The original rope tow was still being used until 1988 when Snow Valley’s first triple-chair lift was installed. Eventually, the rope tow was removed as the t-bar and chair became the go-to lifts.

It was in 2001 and 2003 that Snow Valley installed the two carpet lifts on discover and snowflake respectively. They are the same carpets that are on the hill today! The carpet lifts are a small conveyor belt that you walk onto, and are an easy way for beginners to get up the hill.

As Snow Valley gained more popularity, we had no choice but to replace the T-bar lift with a chair lift to increase the hill’s capacity. Instead of buying a typical chair lift, Snow Valley had to design our own state-of-the-art pulse- quad lift, which was installed by Doppelmayr in 2008. A special design was needed to make the most of the space on the hill, especially with the limited offload area.

The quad-chair has many features that set it apart, such as the downhill-facing offload area, and a “pulse”, that moves the bundles of chairs along at 5 metres per second at its fastest. This makes our quad chair the fastest fixed-grip chairlift in the world, and one of the only ones that offloads downhill.

By looking back at the evolution of the lifts on the hill, it is clear that Snow Valley has come a long way from its humble beginnings (where leather boots and wool sweaters were the rage) to now.

Next time you are out on the hill, take a look around. Think back to the rope tow, and think of how far we’ve come in the last 70 years.

What do you think Snow Valley will look like 70 years from now? 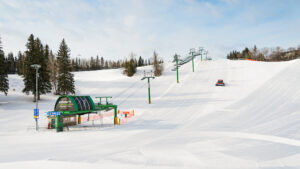 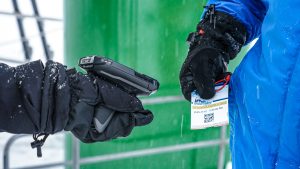 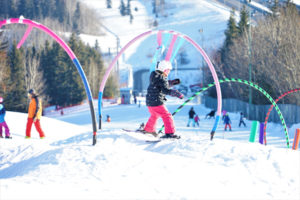