70 years of fashion at Snow Valley

Looking back on decades of fashion at Snow Valley Ski Club

70 years ago (or sometime around then), the first person grabbed their wooden poles, laced up the leather boots, put on a wool sweater and cap, and headed down the hill, marking the start of Snow Valley as one of Edmonton’s local ski destinations.

Over the years, as sports and equipment evolved, so has the apparel (thankfully). From stirrup pants, leather boots, & hats to ski suits, waterproof jackets, ski goggles & helmets.

Safety? Who cares about that.

In the 50s, wooden skis with leather boots and bear traps as bindings were your typical pair of skis. The go-to outfit was wool sweaters and hats paired with the bongor stretch pants, also known as stirrup pants. Maria Bongor invented the pant in 1952 to keep pants snug in your ski boot.

As they moved into the late 50s, synthetic materials were being used for the first time. With skiwear designers releasing fast-drying nylon which was used for an outer shell.

Not only were there new styles, but ski equipment got a massive upgrade.

Fred Langendorf, a Montreal ski designer, invented the first fibreglass ski, switching it out for the wooden ones. By the end of the 60s, the skis were considered the industry standard.

Doubled-lensed-goggles were invented to prevent skiers’ goggles from fogging. They replaced the ol’ leather boots with plastic boots to help prevent ankle and foot injuries.

Wool got the boot and fleece material came into the picture, which is still popular amongst riders today. Madden-Mills, (now PolarTech), developed polyester fleece. It largely replaced wool, as it was more lightweight.

Ski fashion was everywhere in the 70s. It became popular and colourful enough to start wearing on the streets. Moonboots, nylon jackets, and capes were becoming the regular everyday wear. You were able to wear your ski jacket anytime thanks to the zip-off sleeve that converted your jacket into a vest.

The 80s were introduced to any bright and shiny. Animal prints, patterns, and onesies were seen all over the ski hill. Anything tight and nylon was being worn.

It is safe to say the 90s were tamed.

If you compare the 80s and 90s, there’s not much of a difference, just subtract the loud colours and patterns. The 90s were about being practical and having the essentials, large parkas, toques, and ski suits. At the time, Saleopettes (those classic ski pants with suspender straps) were even mandatory to wear on some ski hills.

This decade, Elan Skis released the first parabolic “shaped” skis, which made it possible for any type of skier to carve.

You still saw much of the same styles as the 90s but focused more on enhancing the performance and technology of the clothes. Helmets were being seen more often on the hill.

Snowboarders started taking over the hills as snowboarding became more popular due to becoming an official Olympic sport in 1998.

As you look out at the Snow Valley slopes today, it is not just one style. You are seeing the patterns and vibrant colours of the 80s, salopettes and baggy jackets of the 90s and the fleece of the 70s.

Everyone has their own niche on the hill. At the end of the day, as long as you are full, warm, and happy, that’s all that matters. 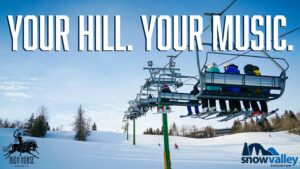 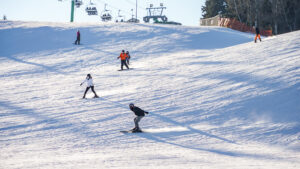 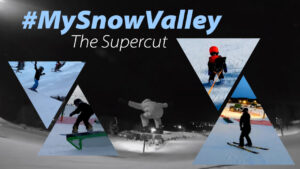 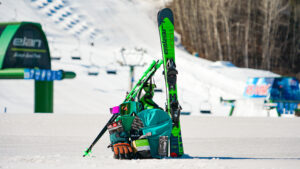 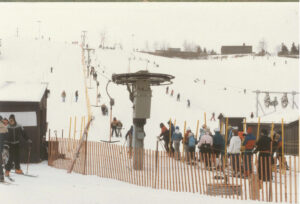