Attaching your feet to two long planks and sliding down a snow-covered slope is a long-practiced hobby for Edmontonians. In fact, skiing has been around in Edmonton for over a century. By the 1930's there were five major ski clubs within Edmonton. Members of these clubs actively participated in competitions and meets throughout the city promoting the sport, and skiing began to gain in popularity. As the sport grew, so did the emergence of new ski areas.

In the 1940's, Adsum Ltd., a commercial organization, rented out land from the city on the west bank of the Whitemud Creek Basin. The area was known as Snow Valley. Adsum Ltd. then began developing and running a private ski operation off this land. Operations were limited at first but over the next several years improvements were gradually made. 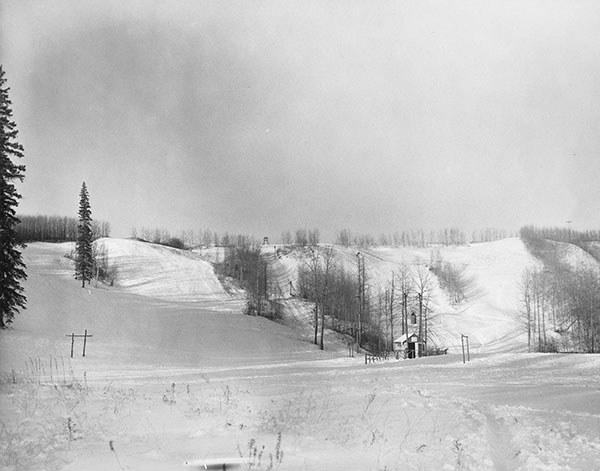 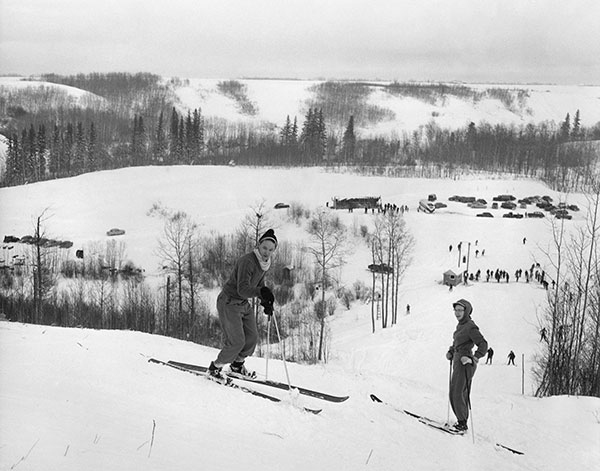 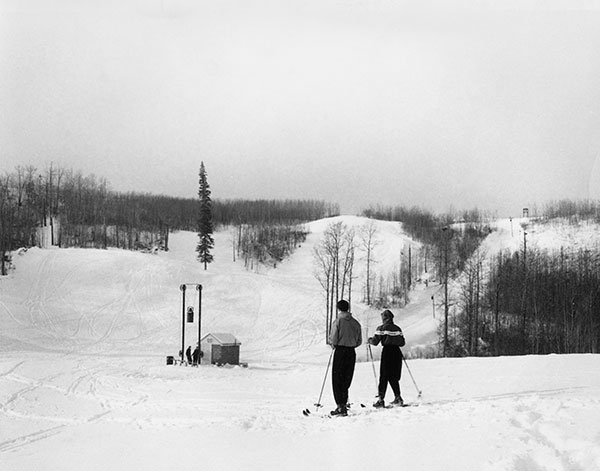 In 1956, the City Planning Commission decided that the 1,030 acres of land between the North Saskatchewan River and the junction of Whitemud and Blackmud Creeks should be acquired for future city parkland. In 1960, the area was annexed by the city and the land was specifically designated for park-use. However, according to the city's policy on park use, a private and commercial organization could not exist on city parkland. This is where Snow Valley Ski Club came into being.

In 1961, 5 members of the Eskimo Ski Club, Bruce Allsopp, Ted Bishop, Norm Rault, George Shipley and Gordon Torgness, applied for not-for-profit status under the Societies Act and on November 30th, formally registered the organization as Snow Valley Ski Club. The assets of the facility were purchased by the city, which operated the facility while Snow Valley Ski Club provided all the programs. Following 1961, homes began to be built at the top of the hill, helping to contribute to the growth of the ski club.

In its early stages, Snow Valley offered a clubhouse, complete with lights and propane heating, two electrically driven rope tows, hill lighting for night skiing and two main slopes brushed, contoured and grassed. Then in 1972, a new lodge was built to fulfill the needs of a growing club with 3,400 members. Snow Valley Ski Club worked with the city to design and fund the new building. To further deal with the growth, in 1981, Snow Valley decided to install a T-Bar lift and a new limited capacity snow making system.

Prior to the 1981/1982 season, the City of Edmonton operated the hill and lodge, and carried out financial responsibility for operating the area. Snow Valley Ski Club provided all the programs, ski patrol and collected yearly membership fees. The Club shared the annual fees 50:50 with the city after all costs pertaining to memberships and operating the ski patrol and deducted. After the 1981/1982 season, the City began gradually decreasing its involvement with Snow Valley. The Club became responsible first for the management of the facility, and then in the 1985/1986 season took full responsibility for the maintenance and operations of the ski hill. Both Snow Valley and the CIty felt that this was a mutually beneficial arrangement, providing the skiing public with improved snow conditions and facilities at the same cost. By 1986, Snow Valley entered into a five year operating lease with the City of Edmonton, which became the impetus for developing the first of many forward looking Master Plans, mapping the direction of the Club into the future.

Now responsible for the operation and direction of the facility, Snow Valley continued to grow. Upgrades to many of the facilities and assets were needed to keep up with the growth. By 1988, a maintenance building was constructed, a triple chair lift was installed, the north hill re-contoured and the snow making system was updated.

By 1995, it was clear the lodge was too small to accommodate the over 60,000 guest visits Snow Valley was seeing each season. So, in 1996, the overhang on the lodge was enclosed to allow for an additional 40 seats in the foyer, and the administration offices and rental shop were moved out of the lodge to portable trailers on site to make more room. All of this was only a temporary solution as guest visits continued to grow. Then in 2000, construction of a brand new lodge began on the south east corner of the hill. The 17,800 square foot mountain lodge was completed in the summer 2001 and once again Snow Valley was able to house all departments under one roof. The old lodge and trailers were demolished and the new facility opened for all public for the 2001/2002 season.

The Evolution of the Lodge 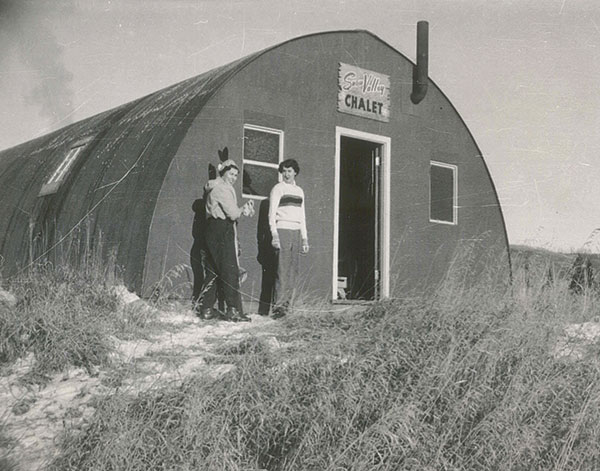 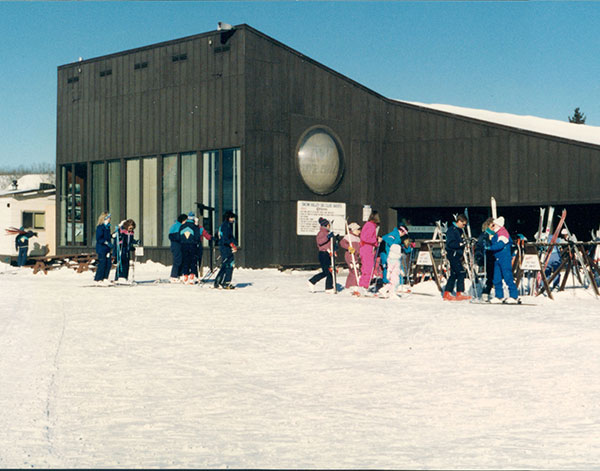 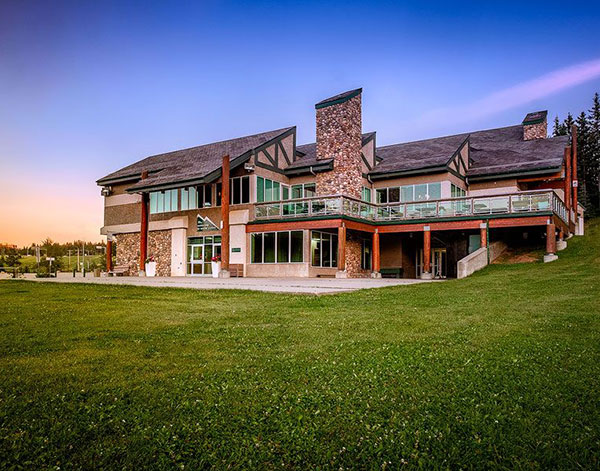 The next several years saw further improvements to the hill to keep pace with the growth. These improvements included installing a state-of-the-art high-speed quad chairlift, building a learning area complete with a carpet lift, removing the old handle tow lift and replacing it with a second carpet lift, upgrading the snow making pumps and equipment, as well as adding new features to the terrain park. In addition, as of the summer 2006, Snow Valley received approval from the city to hold banquets, opening up the opportunity to hold wedding receptions, meetings, community fundraisers and private functions in the lodge over the summer months. More recently, the Club has built a beautiful new Campground Chalet as well as opened it’s very popular Aerial Park, which has allowed Snow Valley to truly become a year-round recreation facility.

History has shown that Snow Valley is constantly assessing the needs of the public and is always evolving to meet those needs. As Snow Valley looks into the future, plans are already under way for new upgrades to ensure that Edmontonians will continue to have a great facility to enjoy for years to come.